No workshops currently scheduled. Get on our mailing list to receive information when new schedules become available. 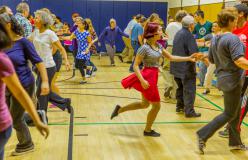 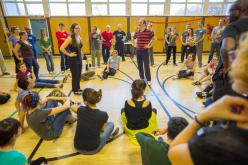 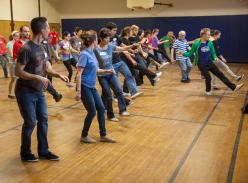 What Is Lindy Hop?

Lindy Hop is the original style of Swing dancing. Originating in the late 1920s, it evolved out of the Charleston in the African American communities of Harlem, with roots in both formal European and West African dances. Today it is still wildly popular among groups of dancers all over the U.S. and around the world. Lindy Hop has continued to evolve over the years, influenced by other dance styles and changes in popular music. It is an incredibly fun, creative partner dance mixing the classic with the new. With a character all its own, Lindy Hop is hard to resist!